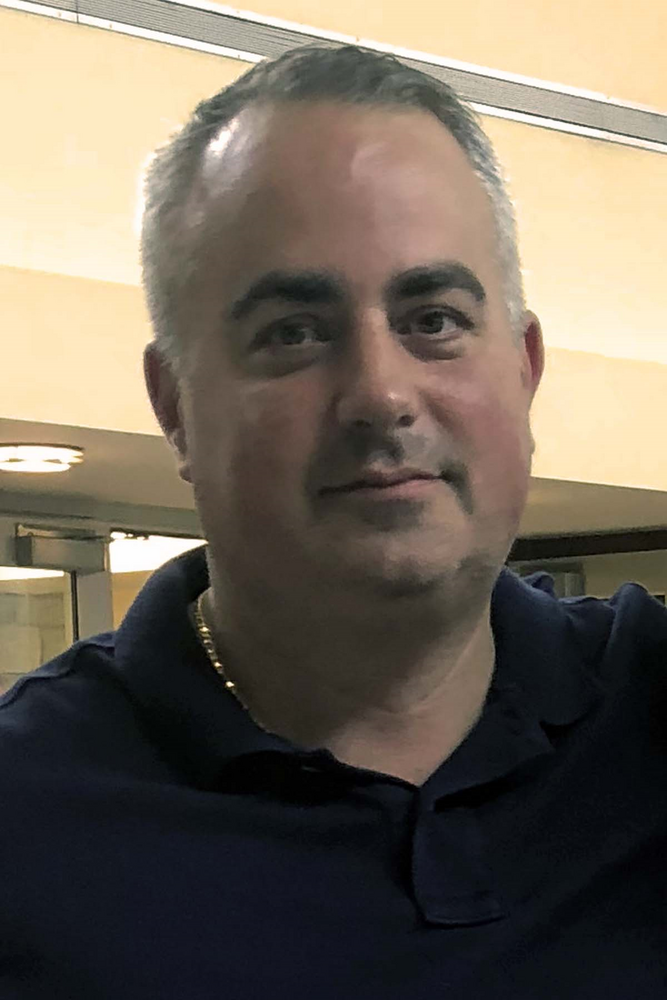 Please share a memory of Michael to include in a keepsake book for family and friends.
View Tribute Book
Michael David Haywood, 48, of Stockport, New York, passed unexpectedly on Friday, April 8, 2022 in Hudson, New York after fighting an intense and courageous battle with the far too often undiagnosed heart disease, Cardiac Amyloidosis. Michael was born in Hudson, New York to Lesley and Mary Jane Haywood on April 5, 1974. He attended both Hudson High School and Ichabod Crane Central School, graduating from Ichabod Crane in 1992. After graduation he enlisted in the United States Air Force and received an honorable discharge after serving in support of Desert Shield/Storm. Following his military service, he returned to the Stockport area and attended Columbia-Greene Community College where he earned an Associate in Science Degree. He applied to and passed the state corrections exam and was sworn in as a New York State Corrections Officer in 1999. He served as a corrections officer at various facilities and was last assigned to the Coxsackie Correctional Facility in Greene County. Michael truly enjoyed the simple things in life. He liked going on long walks, attending movie premieres, and trying out new restaurants with his loving wife, Janet Haywood. Michael was a great storyteller and was known for his captivating speaking voice and infectious laughter. He was an avid sports enthusiast and often watched football and basketball games with his friends and family. However, his favorite sports event was watching his daughter, Ashley Haywood, play High School, Travel League, and collegiate basketball at Wilkes University. During her High School and Travel League games he would often be found in the front row cheering for her and her team and when his enthusiasm really got the better of him, he even pulled her and her teammates aside to offer advice and help for improving their game. Michael's other passion was his faith in God. He was a devout catholic and attended mass often. He was a member of numerous area churches over the years and most recently worshiped at The National Shrine of the Devine Mercy in Stockbridge Massachusetts. It was his deep faith and relationship with God that drove him to accomplish so much and to ultimately battle so hard against his disease. Michael is survived by his wife, Janet (Payero) Haywood, daughter Ashley Haywood, father Lesley Haywood, mother Mary Jane (Hodowansky) Haywood, brother Mark Haywood, God Mother Carol Hodowansky of North Carolina and his cousin Todd Crego. He was preceded in death by his uncle, Michael Hodowansky of North Carolina. He also leaves behind beloved in-laws, nieces, nephews, and other extended family. Memorial donations may be made in his honor to the Amyloidosis Foundation at 7151 N Main St, Ste 2 Clarkston, MI 48346 or by visiting www.amyloidosis.org. One of Michael's biggest wishes was to bring more awareness to the disease of Cardiac Amyloidosis to try to find a cure. Visitation will be held at Raymond E Bond Funeral Home, 1015 Kinderhook St, Valatie, NY on April 13th from 5-8pm. The funeral service will be at Raymond E Bond Funeral Home on April 14th at 11am with Fr Winston Bath officiating. Burial will follow at Cedar Park Cemetery in Hudson, New York.
Online Memory & Photo Sharing Event
Online Event
About this Event

Look inside to read what others have shared
Family and friends are coming together online to create a special keepsake. Every memory left on the online obituary will be automatically included in this book.
View Tribute Book
Share Your Memory of
Michael
Upload Your Memory View All Memories
Be the first to upload a memory!
Share A Memory
Send Flowers