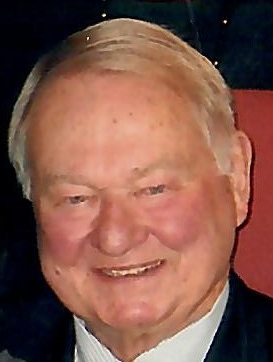 Please share a memory of Russell to include in a keepsake book for family and friends.
View Tribute Book
Russell H. Baller, 88, of Kinderhook, NY, passed away Tuesday, April 27, 2021 at Eddy Heritage House in Troy. Born June 19, 1932 in Washington, DC, he was the son of the late Russell H. Sr. and Marcena (Kelty) Baller. Russell was a graduate of Albany High School, Union College and Albany Law School. He was a Veteran with the US Air Force and started his practice with the law firm of Sanford and Forner in Albany. He served as an Assistant District Attorney and Assistant Public Defender in Columbia County and as well as a Village of Kinderhook Judge. He retired as an Administrative Judge for the New York Office of Racing and Wagering. The greatest joy in his life was his wife, children and grandchildren. He is survived by his wife: Flora (Minshell) Baller, a daughter: Cynthia Hebert of Rensselaer, NY a son: Glenn Baller (Laura) of Connecticut, two sisters: Jean Burns of Florida and Marilyn Pearlman of Chicago, IL, six grandchildren, Benjamin Baller (Lauren), Ryan Baller, Sgt. Robert Baller, Kathryn Baller, Alyssa and Meghan Hebert, two step grandchildren, Leigh and Andrew Gardner and several nieces and nephews. He was predeceased by his Brother Richard Baller. Funeral services will be held on Friday, April 30, 12:00noon at the Raymond E. Bond Funeral Home, Valatie. A calling hour will be held Friday, April 30 from 11:00AM-12:00PM prior to the service. Burial will follow in Kinderhook Cemetery. In lieu of flowers, contributions may be made to the Valatie Rescue Squad, POB 242, Valatie, NY 12184. .
Friday
30
April

Look inside to read what others have shared
Family and friends are coming together online to create a special keepsake. Every memory left on the online obituary will be automatically included in this book.
View Tribute Book
Share Your Memory of
Russell
Upload Your Memory View All Memories
Be the first to upload a memory!
Share A Memory
Send Flowers