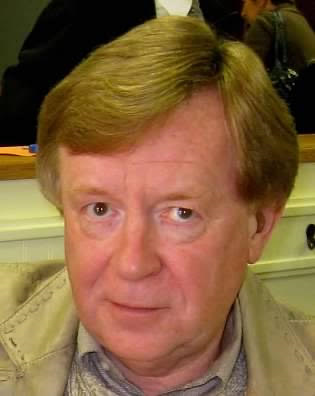 Please share a memory of Charles to include in a keepsake book for family and friends.
View Tribute Book
Charles Walter Rutherford, 73, of Kinderhook, NY, passed away on February 23, 2021 in Kinderhook, NY. Charles was born in Hudson, NY to Donald and Mary Rutherford on June 22, 1947. He attended high school at St. Mary's in Hudson, NY, graduating in 1965. He firmly believed in the importance of education and after earning his Associates degree from Hudson Valley Community College, he then graduated with a Bachelor of Science from Empire State College. He later received Master of Arts degrees from Antioch University and Goddard College and was currently taking on-line classes at UMass-Lowell. He served as an Albany City Police Officer for 8 years and then spent 10 years in the New York State Division of Criminal Justice Services. Over the next 25 years, he worked in a variety of roles as a consultant for both law enforcement and organizational management with various organizations including the Institute of Police, Technology and Management in Jacksonville, Florida, the New York State Sheriff's Office, and the New York State Governor's Traffic Safety Association. He championed a multitude of charities, with a particular focus on animal welfare. He was active in supporting youth sports organizations and served as a coach for both St John's CYO basketball and Northern Columbia Little League. He loved F1 racing, the New York Yankees, and the New York Giants. After visiting nearly every state in the country over his professional teaching career, he began to travel overseas later in life, particularly enjoying Scotland, Ireland, Italy, and Germany. He owned arguably the most eclectic and impressive cowboy boot collection outside of Texas. Charles is survived by his wife Andrea of Kinderhook, brother Father MG (R) Donald L. Rutherford, two children Jeffrey Rutherford (Bridget) and Gregory (Meghan), five grandchildren Ryan Charles, Rachel, Kellen, Liam, and Finley and three grand dogs Bayern, Gunner, and Lucky. He was predeceased by his father Donald and mother Mary. A Mass of Christian Burial will be celebrated Friday February 26 at 11:00am at St. John the Baptist Church, Route 9, Valatie, NY with Bishop Scharfenberger. Calling hours will be from 5-7pm on Thursday February 25th at Bond Funeral Home, Route 9, Valatie, NY. The family asks that in lieu of flowers, contributions be made to the Columbia Greene ASPCA.
Online Memory & Photo Sharing Event
Online Event
About this Event

Look inside to read what others have shared
Family and friends are coming together online to create a special keepsake. Every memory left on the online obituary will be automatically included in this book.
View Tribute Book
Share Your Memory of
Charles
Upload Your Memory View All Memories
Be the first to upload a memory!
Share A Memory
Send Flowers