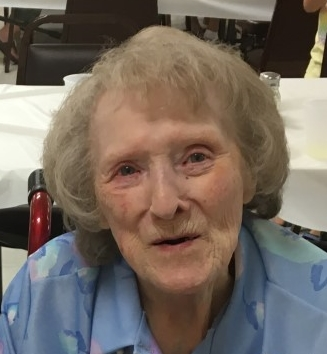 Please share a memory of Barbara to include in a keepsake book for family and friends.
View Tribute Book
Barbara (Golden) Block, 88, passed peacefully January 5, 2021. Residing in Schodack Landing her entire life, she was raised on the Golden Dairy Farm and peddled milk mornings before school. In 1954 she married Michael 'Checker' Block. Barbara held jobs at Albany Felt, IGA, Grossman's and Barnwell Nursing Home. She enjoyed fishing at Knickerbocker Lake and Long Lake, and playing cards with neighbors; but bingo, horse races and slots at various casinos delighted her most. Always spunky and witty, remembering everything. Her stories, laughter and bossiness will be missed by all. Barbara was a lifetime Auxiliary member at the Schodack Landing Fire Co. She is survived by sons; Mick, Tim, and daughter, Shelley Epting; six grandchildren, Michael, Elizabeth, Benjamin and Ryan Block, Kristin and Steven Epting; two great-grandchildren, Mike and Tyler Block. And also survived by brothers, Kenny (Linda) and Glenn Golden. In 2012 she was predeceased by her husband, Checker. Funeral services for Barbara will be private. Contributions, for those who wish, can be made to the Schodack Landing Fire Co. or Ladies Auxilary, 346 Firehouse Lane, Schodack Landing, NY 12156.
Online Memory & Photo Sharing Event
Online Event
About this Event

Look inside to read what others have shared
Family and friends are coming together online to create a special keepsake. Every memory left on the online obituary will be automatically included in this book.
View Tribute Book
Share Your Memory of
Barbara
Upload Your Memory View All Memories
Be the first to upload a memory!
Share A Memory
Send Flowers