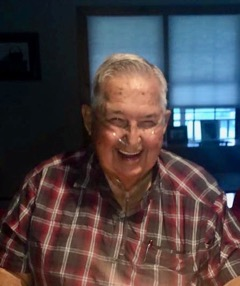 Obituary of Donald I. Kirsch

Please share a memory of Donald to include in a keepsake book for family and friends.
View Tribute Book
Donald Kirsch, 80 of Chatham, formerly of Niverville died Saturday, December 19th after a battle with lung cancer. Donald was born July, 27, 1940 in Rensselaer to the late Joseph and Marion Kirsch. Don was a graduate of Columbia High School, and enjoyed his work on local farms including Smith Farm in Nassau and Wildermuth Farm in Valatie. He was predeceased by his loving wife of 57 years, Pauline Bessman Kirsch; hi s brother William(Grace) Kirsch, Robert (Cathy) Kirsch, and Thomas Kirsch. He is survived by his daughters of who he was extremely proud, Debbie (Steve) Oleynek, Jodi (Ron) Haier, and Beth Barnes; his brother Glenn (Gayle) Kirsch; his greatest source of pride and joy his six grandchildren, Erin (Cody) Farr, Stephen Oleynek, Anthony (Brittany) Barnes, Andrew Haier, Joseph Oleynek and Katelyn Barnes. He is also survived by many nieces, nephews and friends. Don was a lifetime member and past chief of the Niverville Fire Department, he was also an active member of the Kinderhook Democratic Committee. He most recently was employed by the Town of Kinderhook as the building inspector and the Ichabod Crane School District Maintenance Department. Don enjoyed time with family and friends and having political debates with anyone that dared to engage, even if it meant yelling at TV correspondents. Don was known by many as a jokester and loyal friend. Services will be private at this time with a memorial to follow in the summer. The family is requesting friends and family send cards with stories or memories of Don to help them celebrate his life. Donations can be made to the Chatham Rescue Squad.
Online Memory & Photo Sharing Event
Online Event
About this Event

Look inside to read what others have shared
Family and friends are coming together online to create a special keepsake. Every memory left on the online obituary will be automatically included in this book.
View Tribute Book
Share Your Memory of
Donald
Upload Your Memory View All Memories
Be the first to upload a memory!
Share A Memory
Send Flowers