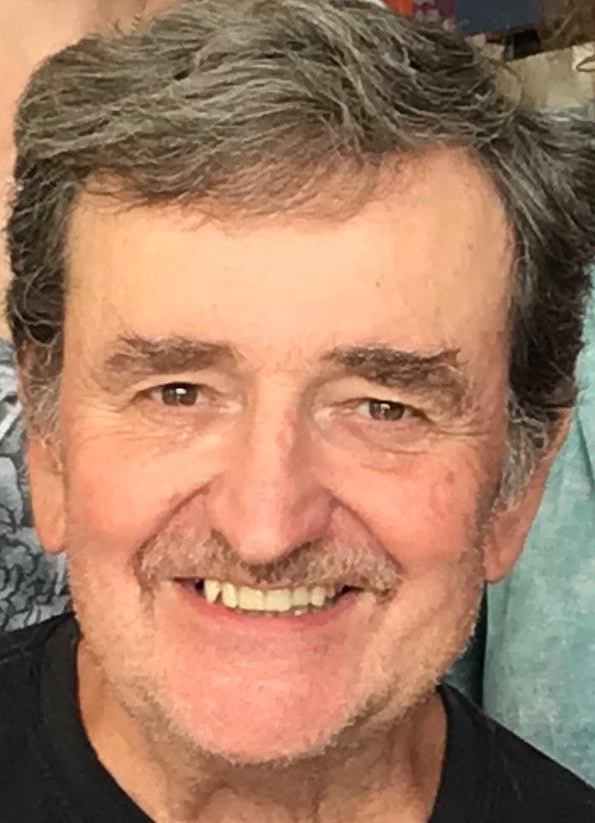 Please share a memory of Charles to include in a keepsake book for family and friends.
View Tribute Book
Charles (Charlie) Henry Roppolo, age 71 of Valatie, NY passed away at home on September 15, 2020 after a battle with pancreatic cancer. Charlie was born in Brooklyn, NY to Virginia and Stephen Roppolo on September 8, 1949. He graduated from Farmingdale High School in 1968. Charlie went into the Air Force upon graduation and worked as an aircraft mechanic while stationed in England and Germany. He then went on to work at Grumman Aerospace in Bethpage, NY as an airframe mechanic. Charlie was a career machinist, working first at the Delaware and Hudson Railroad and later at Amtrak. After 20 years at Amtrak, Charlie became an inspector with the Federal Railroad Administration. He retired from the FRA in 2005. Despite major health problems including a seven year battle with Multiple Myeloma and then Pancreatic Cancer, Charlie never lost his sense of humor, his incredible strength, or his will to live. He loved to travel and loved to take long drives on the back roads of Columbia, Rensselaer, and Berkshire counties. Charlie loved to tinker and do projects in his garage. He was always willing to help fix a car, or appliance, or anything that didn't work. Charlie loved music and playing his guitars. When he was 60 years old, he discovered a love of playing the piano. He found great peace while "tickling the keys" and would spend hours playing. Charlie married Betty-Jean Gessner (Beegee) in 1976 on Long Island, NY and they relocated to the Kinderhook area where he spent the remainder of his life. The most important thing in Charlie's life was his love of his wife, daughters, and most of all his grandchildren. He was always there for his family, from impromptu trips across the state to console an unhappy daughter in college, to being at a hospital bedside, or coming to the rescue when their car broke down in the middle of anywhere. Charlie loved to play with his daughters and eventually his grandchildren. He taught all of them how to have fun and find humor in all situations. He coached his daughters softball teams for years and, despite having some losing seasons, he always made the game fun and kept everyone's spirits up. Charlie was a member of the Kinderhook Elks, co-chaired the Marion Stegman Fund, volunteered at the Valatie Food Pantry, and was a member of St. Luke's Lutheran Church where he helped in the property committee. Charlie is survived by his wife, Betty-Jean of Valatie, NY; his daughters Kim Roppolo (Logan Kline) of Stephentown, NY, Karen Roppolo (Josh Kuhnen) of Stuyvesant, NY, and Katie Roppolo (Sal Praga) of Valatie, NY; his grandchildren Braelen and Alden Kline, and Isaac, Hailey, Genevieve, and Elise Kuhnen; his sisters Virginia Mugavero of Endwell, NY and Loretta Roppolo (John Schepperle) of Penrose, CO, his brothers Stephen Roppolo of Poughkeepsie, NY, Richard Roppolo (Eunice) of Martinsburg, WV, and Donald Roppolo (Diana) of Centennial CO; his brother-in-law Richard (Kim) Gessner; his sister-in-law Karen Gessner; and many loving nieces, nephews and cousins. The family wishes to thank the staff at St. Peter's Oncology Infusion Center for taking such good care of Charlie during his 7 years of chemo for multiple myeloma. They also wish to thank Dr. Jaganath at Mt. Sinai for his cutting edge treatment which kept him alive for these extra 7 years and to the wonderful staff at Columbia Greene Hospice who helped to make his passing as peaceful as possible. Thank you also to his incredible sisters for their loving tender care at the end of his life. Memorial donations may be sent to St. Luke's Lutheran Church of Valatie, NY or to the Valatie Food Pantry. A private graveside service was held on September 17. Due to the COVID-19 pandemic there were no viewing times. The family invites all who would like to remember and honor Charlie, to a celebration of his life on Saturday, July 31, 2021 at 2:00 pm, at the Roppolo home on Whitney Circle in Valatie.
Online Memory & Photo Sharing Event
Online Event
About this Event

Look inside to read what others have shared
Family and friends are coming together online to create a special keepsake. Every memory left on the online obituary will be automatically included in this book.
View Tribute Book
Share Your Memory of
Charles
Upload Your Memory View All Memories
Be the first to upload a memory!
Share A Memory
Send Flowers