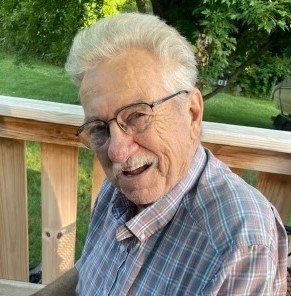 Please share a memory of Paul to include in a keepsake book for family and friends.
View Tribute Book
Paul F. "Pete" Egnasher Jr, 79, of Kinderhook passed away Saturday, October 1, 2022 at his home. Born June 13, 1943 in Valatie, NY, he was the son of the late Paul F. and Betty Jean (Edwards) Egnasher Sr. Pete attended Ichabod Crane Schools and worked at the Fort Orange Paper Company in Castleton NY for 32 years. He and his wife Janet were married on September 14, 1963 in Kinderhook. He is survived by his wife Janet (Williams) Egnasher, two daughters; Paula White and Stacy Hermance both of Stockport, a sister Mary Van Allen of Stuyvesant Falls, four grandchildren; Ashley Vinot Lacoste of Philmont, Brittney Brockett of West Coxsackie, Kelley Steele of Hannacroix and Kyle Hermance of Jacksonville NC, nine great grandchildren and several nieces and nephews. He was predeceased by a sister Frances Vivian, a brother Jon Egnasher, a grandson Joshua Paul White and a son in law Scott Hermance. Funeral services will be held Friday, October 7, 2022 at 11am from the Raymond E. Bond Funeral Home, Valatie. Burial will follow in Prospect Hill Cemetery, Valatie. Visitation will be on Thursday, October 6, 2022 from 4-7pm at the funeral home. For those who wish, contributions may be made to St. Judes Childrens Hospital, www.stjude.org .
Online Memory & Photo Sharing Event
Online Event
About this Event

Look inside to read what others have shared
Family and friends are coming together online to create a special keepsake. Every memory left on the online obituary will be automatically included in this book.
View Tribute Book
Share Your Memory of
Paul
Upload Your Memory View All Memories
Be the first to upload a memory!
Share A Memory
Send Flowers