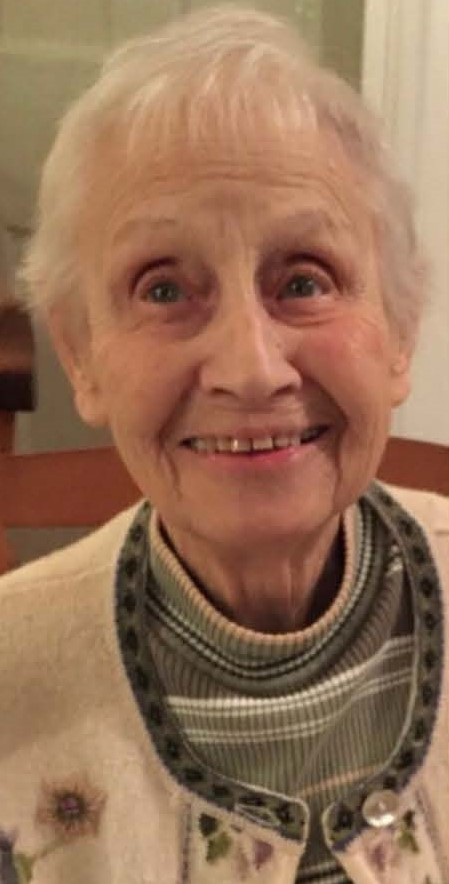 Obituary of Nancy A. Romanchuk

Please share a memory of Nancy to include in a keepsake book for family and friends.
View Tribute Book
Nancy A. Romanchuk, 91, of Stuyvesant Falls, was peacefully called home to the Lord on August 27th, 2022. Born in Hudson on September 4, 1930 to Byron and Maude Phillips, Nancy was a devoted and caring sister, mother, aunt, grandmother, and friend to all who knew her. She graduated in 1947 as valedictorian of her class from the Martin Van Buren High School (now Ichabod Crane Central School), and later graduated from the Columbia Memorial School of Nursing in Hudson. Initially, she worked at the Fireman's Home and for Dr. Matthew Asbornsen's office in Kinderhook. In her long tenure at CMH, she held several key positions, including Head of Recovery Room, Head of ICU, and Discharge Coordinator. She leaves a legacy of excellence that was a model of nursing professionalism. This care extended well beyond her day job, as she was beloved by her family for assisting in any personal crisis that called for her competent intervention. Her calm, unflappable, deliberate demeanor was a blessing to the entire family. A lover of travel, shopping, bargains, and seafood, she raised the bar high for cleanliness. No one peeled a potato or ironed a shirt with as much precision as she did. She was an active member of the West Ghent Reformed Church. She was predeceased by her husband John, and her sisters Margaret Stevens and Frances Schools. She is survived by her brother Barry (Celine) Phillips of Queensland, Australia, and her three sons: Thomas (Linda) of Elizaville, Robert (Regina) of Winston-Salem, NC, and James (Rebecca) of Stuyvesant Falls; four grandsons: John, David, Peter, and Luke Romanchuk and their families, and eleven great-grandchildren (and counting). Along with her numerous nieces and nephews, they will always remember her with great affection and appreciation. The family will receive friends from 4 - 6 p.m. on Tuesday, August 30th at Bond Funeral Home, Valatie. Services will be at Bond's on Wednesday, August 31st at 11 a.m., with interment at the Stuyvesant Falls Cemetery. Memorial donations in Nancy's name may be made to The Louis F. Payn Foundation, 12 Coleman Street, Chatham, NY, 12037. The family wishes to extend its deep gratitude to the staff at Pine Haven Nursing Home for their exceptional and compassionate care for Nancy in her final years.
Online Memory & Photo Sharing Event
Online Event
About this Event

Look inside to read what others have shared
Family and friends are coming together online to create a special keepsake. Every memory left on the online obituary will be automatically included in this book.
View Tribute Book
Share Your Memory of
Nancy
Upload Your Memory View All Memories
Be the first to upload a memory!
Share A Memory
Send Flowers