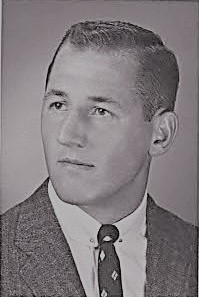 Please share a memory of Penn to include in a keepsake book for family and friends.
View Tribute Book
Penn Jude Steuerwald, a lifelong resident of Valatie died of natural causes on May 31, 2022, in the home where he was born on September 21, 1938. He had spent the previous day with his family for the Memorial Day holiday. Penn attended Christian Brothers Academy in Albany NY graduating as Captain in 1956. He received his BA degree from St. Bonaventure University in 1961 and his degree of Juris Doctor from Albany Law School in 1968. He joined the United States Marine Corps in 1961 and served in the Cuban missile crisis in 1962. He was honorably discharged from active service in 1964. Penn was a nursing home administrator and owned and operated Barnwell Nursing Home in Valatie with his family until 2007. In the early 1970's he was a co-owner of the Clover Reach Racquet & Swim Club in Omi NY with William Cranna and Richard Cummings. He also provided housing in Valatie for many years, owning and managing several apartment buildings. Penn donated his time to the Valatie Santa Claus Club for many years, and he loved participating in the annual Christmas parade. One of Penn's greatest joys was preparing meals for those he loved. He loved a good party or celebration. If it was your birthday or a special event, he would ask you what you wanted for dinner, and he would delight in making it just for you. He loved preparing favorite dishes for his children and grandchildren, and if you were to run into him, it was often at the local grocery store. It was his goal to make sure that his kitchen was stocked with anything that a visitor or family member might want. Penn was proud of his family, his three daughters and two grandchildren. He loved music and singing, solving crossword and sudoku puzzles. He also loved a good pun or any play on words. Penn was a devoted Yankees fan and he loved watching golf and tennis matches. Penn was also blessed with one of the strongest handshakes that anyone might encounter. He was a kind and generous man who often took the struggles of others to heart wanting to help them in any way he could, and he was always concerned with the needs of others. Penn is survived by his wife of 55 years Joanna (Swartz); his three children Holly Steuerwald (Jeong Oh); Wendy Beckman (Martin C.); and Amy Steuerwald (Matthew J. Beckman); his two grandchildren, Ryan Moag and Anna Oh, all of Valatie, NY. He is also survived by his brother, Brent Steuerwald of Clifton Park, NY; nieces Dawn Rutschman and Kim Stack of Valatie, NY, Susan Ten-Kate of Fallbrook, CA and Brenda Gooley of Bristol, VT. He is pre-deceased by his mother Gladys (Herzing Steuerwald) Bownes, his father Clinton Steuerwald Sr. and his brother Clinton Steuerwald Jr. A wake will be held from 4 to 7 pm on Friday June 3rd at Bond Funeral Home in Valatie, NY. A memorial service will be held at Bond Funeral Home on Saturday June 4th at 11 am followed by a burial service at the Woodlawn Cemetery in Valatie, NY. In lieu of flowers, donations can be made to the Valatie Rescue Squad, PO Box 242, Valatie, NY 12184 or the Valatie Santa Claus Club PO Box 601, Valatie, NY 12184.
Online Memory & Photo Sharing Event
Online Event
About this Event

Look inside to read what others have shared
Family and friends are coming together online to create a special keepsake. Every memory left on the online obituary will be automatically included in this book.
View Tribute Book
Share Your Memory of
Penn
Upload Your Memory View All Memories
Be the first to upload a memory!
Share A Memory
Send Flowers