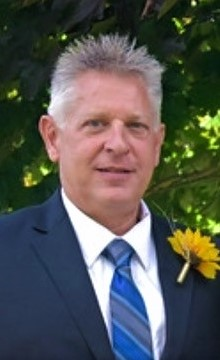 Please share a memory of Shane to include in a keepsake book for family and friends.
View Tribute Book
Shane K. Gildersleeve, 58, of Chatham, NY, passed away Thursday, March 3, 2022 at his residence. Born January 13, 1964 in Hudson, NY, he was the son of the late Leon and Trudy (Riley) Gildersleeve. Shane was a US Air Force Veteran that served in Germany and a truck driver for many years. He is survived by four children; Josh Gildersleeve (Nicole) and Kyrstine Gildersleeve both of Valatie, Jessica Schweitzel of Germany and Brandon Sherman (Rebecca) of East Chatham, three brothers; Brian Gildersleeve (Barb) of Schodack, Kris Gildersleeve (Sherry) of Germantown and Duane Gildersleeve of South Carolina, five grandchildren; Reagan, Avery, Layne and Delilah Gildersleeve, Dean Sherman and several nieces and nephews. A celebration of Shane's life will be held at a later date. For those who wish, contributions may be made to Tunnels for Towers Foundation. Arrangements are under the direction of the Raymond E. Bond Funeral Home, Valatie.
Online Memory & Photo Sharing Event
Online Event
About this Event

Look inside to read what others have shared
Family and friends are coming together online to create a special keepsake. Every memory left on the online obituary will be automatically included in this book.
View Tribute Book
Share Your Memory of
Shane
Upload Your Memory View All Memories
Be the first to upload a memory!
Share A Memory
Send Flowers