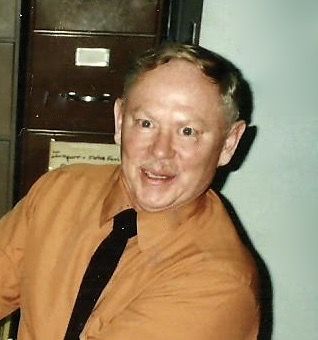 Please share a memory of Arthur to include in a keepsake book for family and friends.
View Tribute Book
Arthur "Chee Chee" Proper, loving husband, caring father, and beloved grandfather passed on December 31, 2021, at the age of 87 with his wife by his side. Arthur, son of Marion (Mossman) and Joseph Pulver, grew up in Valatie, NY and graduated from Martin H. Glynn. He served in the United States Army and was stationed in Germany. He also worked as a butcher and meat manager at Albany Public Market for many years. After graduating from Albany Business College, he began a career at the New York State Department of Taxation and Finance. He retired in 2001. After retirement, Arthur enjoyed working in his garage or yard, and watching his favorite sports teams. However, he was happiest when he was visiting with his family. Arthur was also very active in his community throughout his life. He coached several youth baseball and basketball teams, was involved with the Boy Scouts, and served as a member of the St. John's Lutheran Church council and as chairman of the Kinderhook Zoning Board of Appeals. Arthur's numerous stories and jokes, lighthearted nature, and bright smile will be greatly missed by those who knew him. He is survived by his wife of 65 years Alice (Hinkel) Proper, his children Bonnie Joy Yager (Mark), Arthur Proper, Jr. (BethAnn), and Craig Proper (Lisa Nardone), and his brother Larry Pulver (MaryPat). He is also survived by his grandchildren Jonathan (Crystal) and Nathanael Yager, Rebekah Nichols (Maurico), and Heidi and Phillip Proper, as well as four great-grandchildren and several nieces and nephews. Arthur is pre-deceased by his sisters Shirley Pulver and Dawn Loeffler, and brothers Ronald, Charles, and Wayne Pulver, and his daughter Heidi Jo Proper. Private service with immediate family was held due to concerns over COVID-19. Donations may be sent to St. John's Lutheran Church, Stuyvesant, NY.
Online Memory & Photo Sharing Event
Online Event
About this Event