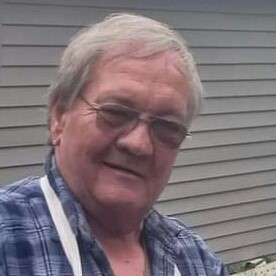 Please share a memory of David to include in a keepsake book for family and friends.
View Tribute Book
David Nolan Newkirk, 75, of Westerlo NY passed away Jan 1st after a brief, brave battle with cancer at St Peter's hospital in Albany. David was born in Albany NY to Thomas E and Mary B Newkirk. David Graduated from Ichabod Crane central school and started a career in meat processing spending many years with Price Chopper supermarkets as a meat manager working in several stores. Later he worked at Town and Country foods until his retirement. David had a love for the outdoors and the many different aspects of it. He was the president of the Kinderhook sportsman club for over 10 years and he has received many awards for the years of hunter safety education he provided to the community and an NRA life member and a certified NRA and NYSDEC instructor.. He was also an active member of the Columbia County Sportsmen's Federation, Tri-Village Rod & Gun Club, Hudson Fish & Game Club and the Capital District Trap League. He also had a love for restoring antique cars and could be found frequently at car shows. David was devoted to his family and will always be remembered for the great times he created for all of them to enjoy. David is survived by his 3 children, Stacy Newkirk of Ghent, Tammy Newkirk of Hudson and David Newkirk Jr of East Greenbush, brothers Thomas H Newkirk of Freehold, Michael Newkirk (Christine) of Weybridge Vt, sisters Veronica Turner of Whitehall and Elizabeth Holton-Grady of Colonie, 8 grandchildren, 12 great grandchildren, several nieces and nephews and special friend, Lona Simmons of Westerlow. David is predeceased by both parents, his loving wife Deborah of 43 years, sister Mary Jeanne Carpenter and brothers George Newkirk and William Newkirk. Services will be conducted at the Bond funeral home in Valatie NY with viewing on Thursday January 6th from 4pm to 8pm and a graveside service at the Ghent Cemetery, Friday January 7th at 10am. There will be a memorial gathering for Dave at the Kinderhook Sportsmen's Club after the graveside service. Contributions in lieu of flowers can be made to the Kinderhook Sportsman Club.
Online Memory & Photo Sharing Event
Online Event
About this Event

Look inside to read what others have shared
Family and friends are coming together online to create a special keepsake. Every memory left on the online obituary will be automatically included in this book.
View Tribute Book
Share Your Memory of
David
Upload Your Memory View All Memories
Be the first to upload a memory!
Share A Memory
Send Flowers