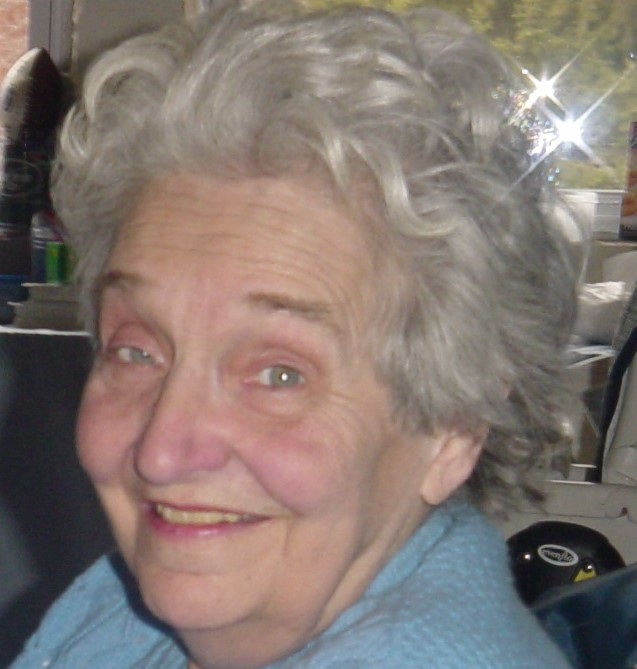 Please share a memory of Josephine to include in a keepsake book for family and friends.
View Tribute Book
Josephine (Josie) Marie (formerly Beaupre and Igras) Warren, 87 of Niverville (Town of Kinderhook) died peacefully in her sleep on Wednesday, December 8, 2021, at The Grand Rehabilitation & Nursing Home (formerly Barnwell, Valatie) after a brief battle with colon cancer. Josephine was born on September 26, 1934 and was the loving daughter of the late Wilfred and Marie (Saulpaugh) Beaupre. She graduated from the Martin H. Glynn High School (1952), in Valatie, NY. Where she was called by the nickname "Cookie" throughout. After high school, she took several college and business courses. that eventually led her to become a successful bookkeeper for many years in Yonkers at the State Tire Corporation. Then later in the Town of Kinderhook at the Multi-Purpose Coatings Co. Up until her retirement, she was then floor manager at the Walmart in Hudson. Josephine was a lover of animals and house pets, who often stopped by her home for a treat or two. Josephine was first married to John Igras (ex-husband and father of her children) who passed away in 2008 and then to Richard M. Warren who passed away in 1998. Both of her husbands served in the military during World War II. John was with the Polish Army and Richard was with the US Army. She is survived by three of her four forever loving children, Linda Otazo (Kinderhook), Ed Igras, Sr. (Niverville), and Sonya Bartko (Stuyvesant). Her daughter Diane (Maynich) predeceased her in 1993. Josephine was blessed with ten brilliant grandchildren: Alex, Zach, Ed Jr., and Russell Igras; Anthony and Tristan Otazo; Sasha and Krista Maynich; and Wilfred and Matthew Bartko. She also had three great-grandchildren, Tony Jr., Linda Diane, and Caleb, who all loved their great grandma dearly. Josephine was also predeceased by her very close and loving sister, Bertha M. (Beaupre) Sitter in 2015. She was a very extraordinary and fun-loving aunt to all of Josephine's children. After the death of her first husband, Josie relocated to Niverville from Yonkers. She was a longstanding member of the Ladies Auxiliary of the Niverville Fire Department, the VFW Post, and the American Legion. She enjoyed playing bingo, going to 10-week clubs, music in the park events, yard sales, social gatherings, and spending many hours with her grandchildren. She also had fun holding her yearly yard sales where she was able to meet, greet, and talk to people from all over who were always friendly. Josephine spent much of her life on Kinderhook Lake where she would spend many wonderful weeks and months with her family members fishing and spending time together. She was particularly fond of her aunt, Gladys Saulpaugh who passed away in 1992, and her uncle, William "Bill" Ingraham (both of Niverville) who died in 1984. They played a huge part in Josephine's life as she entered her golden years with her family. Josie was also blessed with having a wonderful aunt and cousin, Aunt Geraldine (Schenectady), a former schoolteacher, and cousin, Nancy (Beaupre) Deegan (Valatie-Kinderhook Lake). Both have throughout their many years, seemed to always have the time to help in any way they could or to stop by, just to say hello. Josephine also had two terrific nieces, Sandra (Sitter) Dennison, Ethel (Sitter) and a couple of great nephews, Artie, and Billy Sitter (who all now reside in Tennessee). They surrounded their Aunt Josie with the type of warmth and laughter she always appreciated throughout her lifetime. Especially during her many yard sales and shopping excursions. A Mass of Christian Burial will be celebrated 11 AM, Thursday at St. John the Baptist Church, Valatie with Rev. Steve Matthews and Rev. George Fleming officiating. Burial will follow in the church's cemetery. Calling hours will be from 9 - 10:30 AM at the Raymond E. Bond Funeral Home, Valatie prior to the service. Memorial Contributions may be made to the ASPCA, or Hospice Care in memory of Josephine
Online Memory & Photo Sharing Event
Online Event
About this Event

Look inside to read what others have shared
Family and friends are coming together online to create a special keepsake. Every memory left on the online obituary will be automatically included in this book.
View Tribute Book
Share Your Memory of
Josephine
Upload Your Memory View All Memories
Be the first to upload a memory!
Share A Memory
Send Flowers