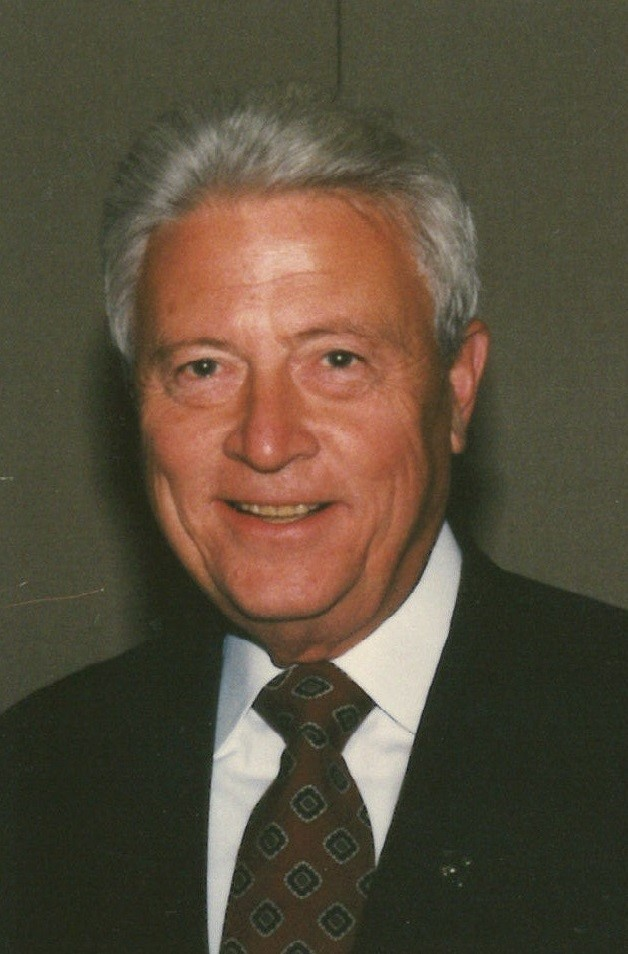 Please share a memory of Robert to include in a keepsake book for family and friends.
View Tribute Book
Robert Vincent Fontaine was born on September 19, 1929 in the "Shoe City," Brockton, MA, a city of 100,000, located about thirty minutes south of Boston. He was the second son of Oscar Jerome Fontaine, an employee of the Commonwealth Shoe & Leather Corporation, and Agnes Mary Kavanaugh, a buyer for a jewelry company. Baptized at St. Patrick's Church in Brockton, he attended public schools there until he transferred to Msgr. James Coyle High School in Taunton, MA, the first school to be opened by the Congregation of Holy Cross in the Northeast of the United States. After graduation, Robert entered a brief candidate program at St. Joseph Juniorate in Valatie, NY, and was then received as a novice at St. Joseph Novitiate in Rolling Prairie, IN, where he professed his first vows as a Brother of Holy Cross on August 16, 1948. Brother Robert began studies at the University of Notre Dame, earning his B.A. in 1954. Later, he completed a master's degree in Guidance at Fairfield University, Fairfield, CT. He made his final profession of vows on August 16, 1952 at the Basilica of the Sacred Heart at Notre Dame. Brother Robert's first ministry assignment was as teacher and assistant principal at Our Lady of Mount Carmel School, Bronx, NY, the heart of "Little Italy." He was then assigned Notre Dame International School in Rome, Italy. He served there thirteen years, from 1954-1967, the last six years as Headmaster of NDI and as the local superior of the community of Brothers. Brother Robert noted that he was blessed to be in Rome during the reign of three Pontiffs, Pius XII, John XXIII and Paul VI, the Second Vatican Council and the Roman Olympics. Many of the dignitaries of the Council were often guests at Notre Dame International. After his ministry in Rome, was assigned to Vincentian Institute, Albany, NY and, in 1968, was called upon to assist with the opening of Holy Cross High School, Waterbury, CT, where he directed the counseling and guidance department until 1973. At that point, he was called upon to take up an entirely new ministry as the executive director of Pius XII Youth and Family Services in Chester, NY where he served for the next thirty years of his life. Brother Robert was recognized for his leadership in this ministry serving young people in need of a home, care and guidance under the auspices of Catholic Charities of the Archdiocese of New York. He was first the Executive Director and later the President and CEO of Pius XII Youth and Family Services. Brother Robert was recognized for his abilities and ministry to these young people with an Honorary Doctor of Humanities degree from King's College in Wilkes-Barre, PA. He was also made a Knight Commander of the Equestrian Order of the Holy Sepulcher in 1997. After retiring from Pius XII at age 74, he lived and served at the Church of the Holy Family, "the United Nations parish," in New York City and served in volunteer services with the elderly, first in Sarasota, Florida and then officially as the Pastoral Associate at Holy Family Parish in New York City. Brother Robert helped coordinate a weekly parish program for senior parishioners. In the summer of 2013, Brother Robert began his full retirement at Columba Hall on the campus of the University of Notre Dame. He enjoyed the community life at Columba Hall and taking walks around the beautiful campus. By his own admission, he most especially enjoyed his interactions with the senior residents at the Holy Cross health care facilities at Holy Cross Village, across from the University of Notre Dame. As his health issues increased, he moved in 2019 to the Dujarie House infirmary. He passed away in his sleep there on November 17, 2021. He will be buried at the Holy Cross community cemetery in Valatie, New York on Saturday, Nov 27, after a Mass of Christian Burial at 11:00 a.m. Because of the fragile health of the residents, anyone coming to the services is asked to be fully vaccinated and wear a mask throughout. If you plan to stay for a simple luncheon afterwards, please call Ms. Susan Henderson, at (518) 784-9481 # 209 so we can give an accurate count to the food service. Brother lived 73 years of his life as a religious of Holy Cross and spent this life in service to those of greatest need. He served them zealously and kindly. He was certainly greeted by the Good Shepherd, His Lord, with the words, "Well done, good and faithful servant." May God grant eternal rest to our Brother Robert. Ave Crux Spes Unica.
Online Memory & Photo Sharing Event
Online Event
About this Event