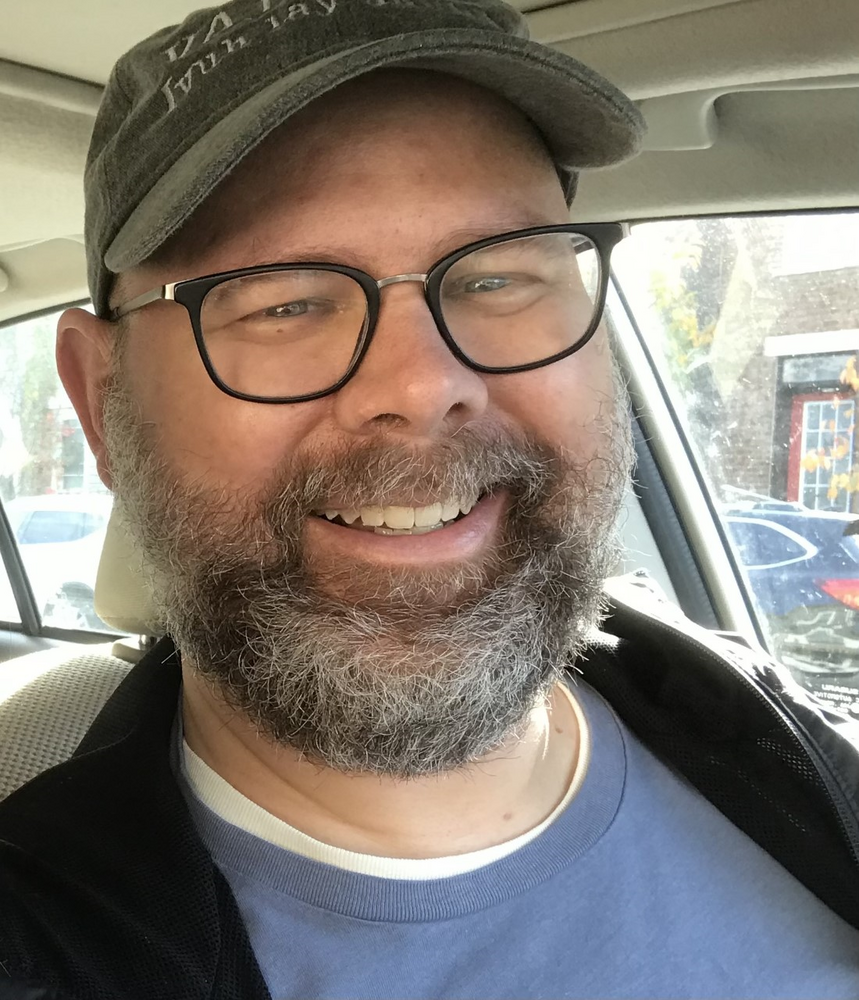 Obituary of Frederick A. Ulrich

Please share a memory of Frederick to include in a keepsake book for family and friends.
View Tribute Book
Frederick A. Ulrich (1976 – 2021) ALBANY—Frederick "Fred" Albert Ulrich died October 14, 2021 at Albany Medical Center of brain cancer. He was born March 15, 1976 in Manhasset to Nancy and Ted Ulrich of Denver, CO. He grew up in Manhasset, where he was involved in school theater productions, as well as being an active member of the BSA (Boy Scouts of America). He was a proud Eagle Scout, who survived a lightning strike on a scout trip to Maine in 1990. In the book "Desperate Steps: Life, Death and Choices Made in the Mountains of the Northeast," (Appalachian Mountain Club Books, 2015), Mr. Ulrich is quoted as saying about the accident, "I did not become the Flash and I can't predict the future, but one thing this has done for me is given me an acute appreciation for life. I married someone I love dearly, with two kids we're devoted to, and I have a great life." Mr. Ulrich graduated from Manhasset High School in 1994 and attended Union College in Schenectady. After graduating in 1998 with a BA in history (magna cum laude), he moved to Washington, D.C. and stumbled into a career in marketing eventually working on Madison Avenue in New York City and, for the last 15 years, at Media Logic in Albany. Mr. Ulrich met his wife, Emilia Teasdale, at Union. They were married at City Hall in Manhattan in 2003, moved upstate in 2006, eventually settling in Columbia County in 2009. Mr. Ulrich loved movies and volunteered to help with some marketing for the Film Club at the Crandell Theatre in 2010. He joined the Film Club board in 2012 and became board president as the theater went digital and made upgrades to the building. He resigned in September of this year when his health began to fail. He also coached his older child's team for the Town of Kinderhook soccer program, volunteered every year at the Family Resource Centers of Columbia County (FRC) giant tag sale fundraiser in Chatham, helped out with the Friends of the Columbia Trail (CFET), among many other things. He became involved with the local scout troop (Valatie Troop #2114) when his son joined. Mr. Ulrich and his son hiked in the area, made lots of foil dinners, collected food for the local food pantry and he even got to go to scout camp in the summer of 2019. In December 2016, Mr. Ulrich was diagnosed with brain cancer. He had wonderful care from his doctors and nurses at NYOH, Memorial Sloan Kettering, Albany Med and, on his last day, at Columbia Memorial Health. He is survived by: his wife; two children, Leo (15) and Duncan (13); his parents; brother, Don Ulrich (Jessica) of Albany; uncle, Donald Ulrich of Denver, CO; his in-laws, Parry Teasdale and Carol Vontobel of Chatham; his sisters-in-law, Sarah Teasdale (Pedro Poitevin) of Marblehead, MA, and Chloe Teasdale (Peter Mustalish) of Hastings-on-Hudson; one niece, several nephews, cousins and many friends. Per Mr. Ulrich's wishes, a celebration of his life will be held at the Crandell at a future date. In lieu of flowers, donations may be made to the Crandell Theatre online at crandelltheatre.org
Online Memory & Photo Sharing Event
Online Event
About this Event

Look inside to read what others have shared
Family and friends are coming together online to create a special keepsake. Every memory left on the online obituary will be automatically included in this book.
View Tribute Book
Share Your Memory of
Frederick
Upload Your Memory View All Memories
Be the first to upload a memory!
Share A Memory
Send Flowers