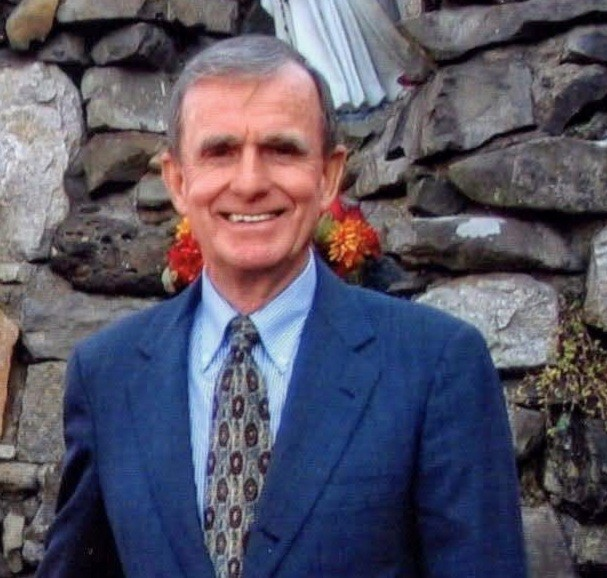 Please share a memory of John to include in a keepsake book for family and friends.
View Tribute Book
John Francis Jaffarian, 86, of Valatie, NY, passed away on September 3, 2021 at home with his family at his side. He was born in Troy, NY to Jack and Gertrude (Griffin) Jaffarian on June 26, 1935. John graduated in 1953 from Troy High and went on to proudly serve in the United States Marine Corps. John earned his bachelor's degree from Siena College and after a successful career in the insurance industry that brought him from NYS to Massachusetts, he retired in 1998 from Norfolk and Dedham Insurance Company where he was Vice President. John was proud of his Armenian and Irish heritage and loved spending time with his family while entertaining them with his many stories about childhood escapades with cousins and friends on Lavin Court. He enjoyed all sports, especially when his children and grandchildren were competing, and never missed a game. John looked forward to his yearly vacation in Bar Harbor, Maine where he and his wife Pat explored the carriage trails of Acadia National Park. John is survived by his loving wife Patricia (Cramer) Jaffarian of 58 years; his daughter Kathleen (Michael) O'Keefe, son David (Lorna) Jaffarian, and daughter Colleen Desmond; sisters Nancy (the late Ray) Miller, Katherine (Richard) Allen; grandchildren Kieran O'Keefe, Colin (Felicia) O'Keefe, Clare O'Keefe, Nicole Desmond, and Danny Desmond; and many in-laws, cousins, nieces, and nephews. The family wishes to extend their gratitude to Jo McHugh for the care and support she provided John over the past several years. A funeral Mass will be held at 12 noon on Tuesday, September 7 at St. John the Baptist Church, 1025 Kinderhook St, Valatie, with Fr. Kevin Daly, OFM officiating. Family and friends may call from 10am - 12pm prior to the service. A graveside service will follow at St. John the Baptist Cemetery. Bond Funeral Home will be handling the funeral arrangements. In lieu of flowers, the family asks that memorial donations be made to Community Hospice, 445 Karner Road, Albany, NY 12205.
Online Memory & Photo Sharing Event
Online Event
About this Event