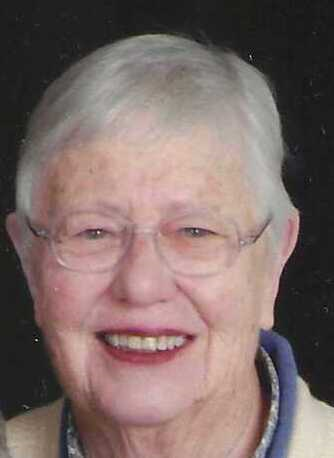 Please share a memory of Marion to include in a keepsake book for family and friends.
View Tribute Book
Marion Griffing Arnold passed away in San Antonio, Texas on August 16, 2021. Marion, known as Pat, was born on July 26, 1927, at home in Amagansett, New York. She was preceded in death by her parents, Marion Skinner Griffing and Frank Norton Griffing of Amagansett, and her sisters Janet Judd and Ruth Hines. Pat is survived by her five children, Patricia Buss, Gray Kendrick, Laurie Arnold, Amy Gumaer and Kurt Arnold, and six grandchildren, Alison Voltz, Lindsey Buss, Colin Buss, Emily Kendrick, Sophia Arnold and Avery Arnold. Pat graduated with honors from New Paltz State Teachers College in 1949 with a degree in Education. She taught in Grahamsville, New York where she met the love of her life, Edward Henry Arnold. They were married in East Hampton, New York, in 1951 and celebrated 67 years of marriage before Ed's death in 2019. Pat and Ed lived in Adak, Alaska and San Francisco, California during Ed's time in the US Navy, before settling in Kinderhook, New York in 1955. Pat raised her five children and volunteered with the American Cancer Society, the Columbia Memorial Hospital Auxiliary, and the Girl Scouts. She served as den leader for the Boy Scouts. Pat was an avid gardener, an outstanding cook, and loved collecting antiques. She enjoyed oil painting, playing the piano and attending Broadway musicals. Calling hours will be held on Friday, September 24th at the Raymond Bond Funeral Home from 4 to 6 pm. Funeral services will be held on Saturday, September 25th at the Kinderhook Reformed Church at 1 pm. In lieu of flowers, please make donations to the Kinderhook Reformed Church, PO Box 638, Kinderhook, NY 12106.
Online Memory & Photo Sharing Event
Online Event
About this Event

Look inside to read what others have shared
Family and friends are coming together online to create a special keepsake. Every memory left on the online obituary will be automatically included in this book.
View Tribute Book
Share Your Memory of
Marion
Upload Your Memory View All Memories
Be the first to upload a memory!
Share A Memory
Send Flowers