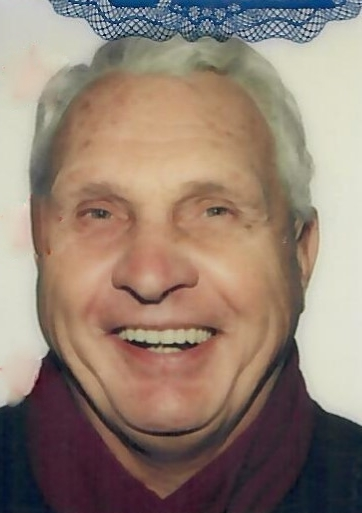 Please share a memory of Edward to include in a keepsake book for family and friends.
View Tribute Book
Rev. Edward Cantwell, 92, of Valatie NY, passed away peacefully on June 18, 2021 after a long illness. Fr. Cantwell was born Aug. 28, 1928 in Troy, NY, the son of the late Walter Aloysius Cantwell and Alice Spenard Cantwell. He is preceded in death by his brother Walter, his sister-in-law Ruth, his nephew Walter and his niece Kathy He is survived by his wife and caretaker of over 25 years Mary Bowe, nieces Alice Forlini and Susan Barone and nephew Richard Cantwell as well as several great nieces and nephews and great great nieces and nephews. Fr. Cantwell was ordained in the Catholic Diocese of Albany in June of 1954. He was assistant pastor at St. John the Evangelist Church in Schenectady NY from 1954 to 1964, at the same time he was Newman Chaplain at Union College and Ellis Hospital. He spent a short time at a church in Balston Spa and then became assistant pastor at St. Mary's in Hudson from 1965 to 1966. He was appointed chaplain at the NY State Training school for Girls in 1966 until its' closing in 1975. He remained chaplain at Brookwood Center until 1991. He was chaplain at Hudson prison since its' opening in 1976 and retired from there in 2001. One of his most fulfilling endeavors was with the International Christian Family Movement. He held chaplaincies with the movement for over 40 years. One of his happiest memories was participating in a gathering of Christian Family Movement members and the World Council of Churches in Geneva which culminated in a trip to Tanzania to meet with families there. He was pleased that were many different religious groups united in supporting and enhancing the lives of the people in Tanzania. He made other trips with the group including having an audience with Pope Paul VI in the early sixties, visiting Malta for a conference and Germany to learn about their programs. Besides his duties as chaplain at the prison he was an active participant in the community of Hudson. He taught little children to swim at Oakdale beach and was a volunteer at the Railroad Snack Bar at the Hudson Station, a member of Citizens for Peace in the Nuclear Age, and member of Amnesty International as well as serving on committees for migrant workers. He was often seen about town on his bicycle – his main mode of transport- and using the train for reaching out beyond Hudson. In retirement he had to give up his bicycle as physical disabilities limited him. He did enjoy going out to dinner, local theater and musical events with Mary Bowe and other friends. He spent his last days being cared for in Mary Bowe's home. The family will receive visitors from 10-11 am on Wednesday June 30, 2021 at the Raymond E. Bond Funeral Home, Route 9 in Valatie. Funeral services will be at 11 am. For those who wish, contributions in his memory may be made to the American Cancer Society.
Online Memory & Photo Sharing Event
Online Event
About this Event

Look inside to read what others have shared
Family and friends are coming together online to create a special keepsake. Every memory left on the online obituary will be automatically included in this book.
View Tribute Book
Share Your Memory of
Edward
Upload Your Memory View All Memories
Be the first to upload a memory!
Share A Memory
Send Flowers