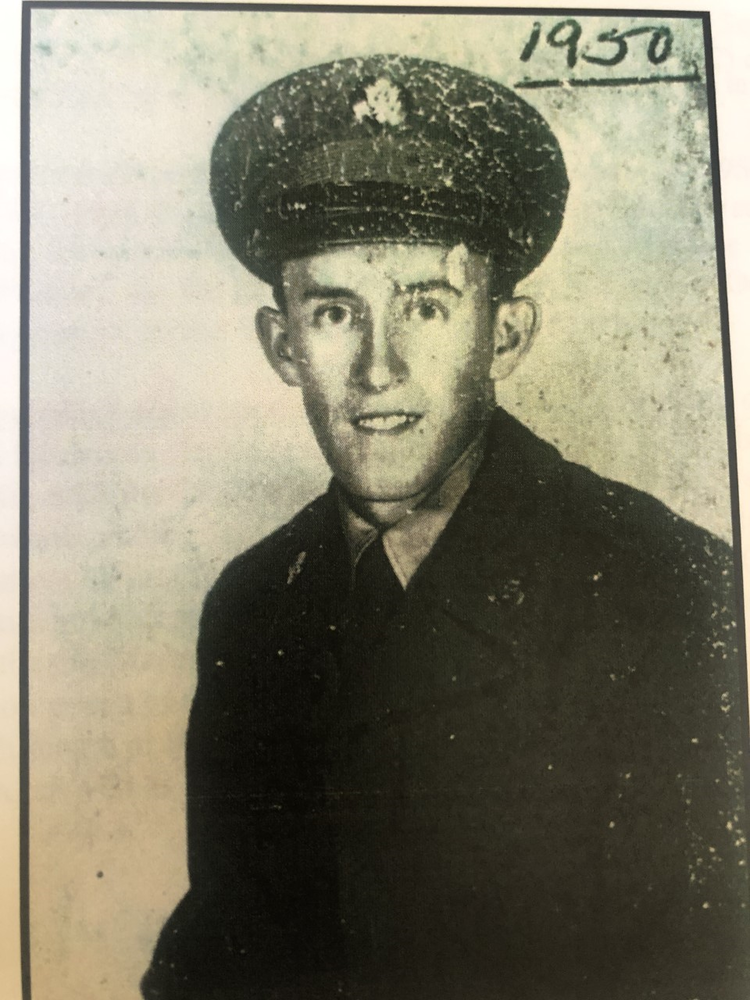 Please share a memory of Clifford to include in a keepsake book for family and friends.
View Tribute Book
CPL Clifford Stanley Johnson, 20, formerly of Valatie NY, was killed in action December 6, 1950 in the vicinity of the Chosin Reservoir, Democratic People's Republic of Korea. He will be coming home to his final resting place. Born October 22, 1930 in Valatie, NY, he was the son of the late Raymond and Margaret (Williams) Johnson. He attended Martin H. Glenn School in Valatie and really enjoyed playing the harmonica and putting on shows for the neighborhood. He also liked playing ball and games with his friends. He enlisted in the Army in early 1950 and was assigned to the Headquarters Battery, 57th Field Artillery Battalion, 7th infantry Division. He is survived by his sister Clara Sanzo of Rensselaer NY and a brother Norman Johnson of Cocoa Beach Florida and several nieces, nephews and cousins. He was predeceased by five brothers, Robert, Martin Nathan, Larry and Malcolm Johnson and a sister Glorianna Johnson. Funeral services will be held Thursday, May 20, 2021, 11:30am from the Raymond E. Bond Funeral Home, Valatie NY. Calling hours will be 9:30 – 11:30am prior to the funeral. Burial will follow at the Gerald B.H. Solomon National Cemetery in Stillwater NY with full military honors. Arrangements are under the direction of the Raymond E. Bond Funeral Home, Valatie NY.
Online Memory & Photo Sharing Event
Online Event
About this Event

Look inside to read what others have shared
Family and friends are coming together online to create a special keepsake. Every memory left on the online obituary will be automatically included in this book.
View Tribute Book
Share Your Memory of
Clifford
Upload Your Memory View All Memories
Be the first to upload a memory!
Share A Memory
Send Flowers