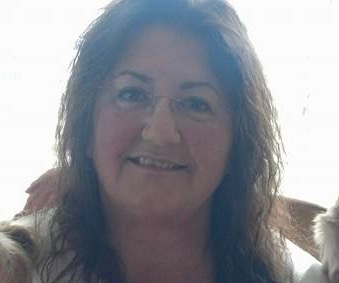 Obituary of Virginia B. Pertgen

Please share a memory of Virginia to include in a keepsake book for family and friends.
View Tribute Book
Virginia Brandley Pertgen, 64, of Schodack Landing, New York , passed away at her home on Wednesday, March 17. Virginia was born in North Adams, Massachusetts to Bertha and Andrew Brandley. She graduated from Ichabod Crane High School in 1974 and married Stephen Pertgen, who preceded her in death in 2006. For more than 39 years, Virginia worked as an office manager for what was then the Miller Wilkins Oil Company, in Valatie, NY. Her loyal customers would come into the office just to chat and see her smiling face. Family was the most important thing to Virginia ("Shug", "Ginny", "Dugar"). She was a beloved grandmother to Audrey, Rebecca, Julian, Emma and Abby. Nothing gave her more joy than to be able to spend time with her grandchildren and watch them grow up. She will always be that special light in their lives. Virginia is survived by her children Amy Pertgen and Jennifer (Jason) Redman; grandchildren Audrey, Rebecca, Julian, Emma and Abby; sisters Cheryl, Donna, Gayle (Bruce); brother John; sister-in-law Paulette; nieces and nephews Krystal, Bruce Jr., Amanda, Jason, David (Michelle), John, and Diane (Larry); a great niece, many great nephews and cousins, BFF Bonnie and special friend Peter. Calling hours will be from 2- 4 PM, Wednesday at the Raymond E. Bond Funeral Home, Valatie. Covid precautions will naturally be practiced. In lieu of flowers, donations may be made to the Schodack Landing Fire Company, PO Box 16, Schodack Landing, NY 12156, the Valatie Rescue Squad, PO Box 242, Valatie, NY 12184, or The Reformed Dutch Church of Schodack at Muitzeskill, 902 Schodack Landing Road, Schodack Landing, NY 12156.
Friday
19
March

Look inside to read what others have shared
Family and friends are coming together online to create a special keepsake. Every memory left on the online obituary will be automatically included in this book.
View Tribute Book
Share Your Memory of
Virginia
Upload Your Memory View All Memories
Be the first to upload a memory!
Share A Memory
Send Flowers