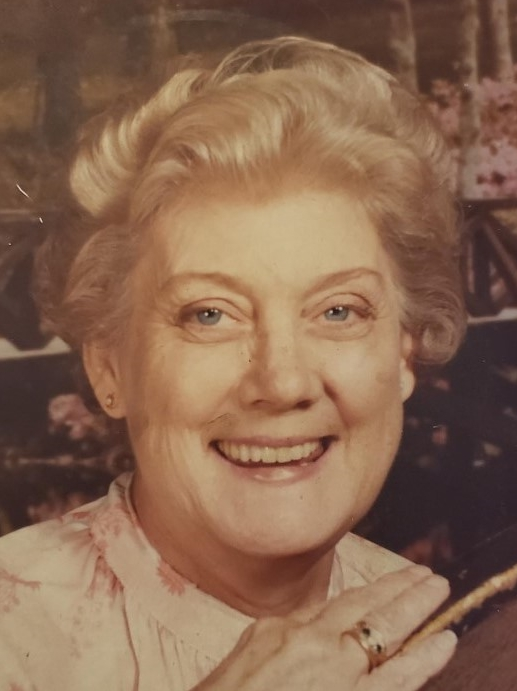 Please share a memory of Ellen to include in a keepsake book for family and friends.
View Tribute Book
Ellen T. Puglio, 95, of Ghent Nursing and Rehabilitation passed away Tuesday, February 16, 2021. Born March 15, 1925 in Hudson, she was the daughter of the late Howard and Theresa (Palen) Stevenson. Ellen worked for a time at the Watervliet Arsenal as a young woman and then for the former Huyck Felt Co. and Albany Felt Co. as a burler. She was well known for "Ellie's Creations", knitting hats, scarves, mittens and prayer blankets. She had an undeniable love of the Lord and her family and was the Stevenson family matriarch, always ready to recall a story or memory. She is survived by two children, David Cooley (Wanda) of Stem, NC, Kim Johnson (Mike) of Kinderhook, her sister Lulabell Kinney of Catskill, 9 grandchildren; Michael, Ryan and Lucas Johnson, Frances and William Mason, Timothy Jr., Isaiah, Christopher and Kendra Cooley, 9 great grandchildren and several nieces, nephews and cousins. She was predeceased by her husbands; Howard Cooley and Frank Puglio, her children Irene Bink and Timothy Cooley, brothers Lansing, Harold, Joseph, John, Howard, Tony and Lester Stevenson and sisters Mary Pough, Dorothy DeCrosta and Katie Stone. A memorial service will be held on Sunday, February 21, 2021, 4:00pm at the Raymond E. Bond Funeral Home, Valatie. A visitation hour will be from 3-4pm prior to the service. In lieu of flowers, contributions in Ellen's name may be made to St. Lukes Lutheran Church, Valatie.
Online Memory & Photo Sharing Event
Online Event
About this Event

Look inside to read what others have shared
Family and friends are coming together online to create a special keepsake. Every memory left on the online obituary will be automatically included in this book.
View Tribute Book
Share Your Memory of
Ellen
Upload Your Memory View All Memories
Be the first to upload a memory!
Share A Memory
Send Flowers