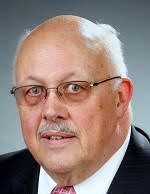 Brother Edward Richard Boyer, C.S.C., a Brother of Holy Cross, died after a brief illness early in the morning of December 19, 2020 at St. Joseph Center in Valatie, NY. Edward was born on February 5, 1941, in Cohoes, NY, the second son of Edward T. Boyer, and Matilda J. Finger. As Cohoes was home to a large French-Canadian population, half the day's lessons were conducted in French in the parish school; Ed, his family and friends were fluent in French and communicated quite naturally in that language. Edward chose to attend The Vincentian Institute for high school, part of the large parish complex of St. Vincent DePaul Parish in Albany. The high school enjoyed a superb reputation in academics, athletics, music and generally in all fields. The boys were taught by the Brothers of Holy Cross and the girls were taught by the Sisters of Mercy. Edward thrived at "VI" (as it was called) and was impressed by his religious teachers. He decided to try life as a Brother in the Congregation of Holy Cross. On August 23, 1959, Brother Edward made his first vows, and was assigned to study at the University of Notre Dame. His first assignment as a teacher was to Holy Cross High School in Flushing, NY where he taught French and was the Assistant Band Director. From 1962 to 1981, he was transferred back and forth between Holy Cross in Flushing and Cardinal Mooney High School in Rochester. From 1980 to 1985, Edward was a member of the Provincial Council, and then he returned to teaching French, Religion and music. From 1985 to 1989, he served as Principal at Cardinal Mooney until it closed in 1989, when he returned to Flushing. He was appreciated as a kind, generous, creative, hardworking and loving religious who gave his all for students and their families. In 2005 he was appointed to St. Joseph Center in Valatie as the Community Director and Administrator of the Center and its programs. In his retired years, from 2009 forward, he did not rest idle, teaching CCD in the local parish, volunteering at the box office at the Mac Hayden Theater in Kinderhook, and leading Bible study groups. He was also involved with programs that ministered to aging and retired religious and priests at Misericordia College in Dallas, PA. Edward's illness took him quickly, and with his death we lost a good and talented brother, who was kind and fun-loving, and who used his creative vision and his personal experience of the Divine to image the Glory of God for us. There will be a closed funeral liturgy at St. Joseph Center in Valatie, NY in keeping with current safety guidelines. Burial will follow in St. Joseph of Holy Cross cemetery on the grounds. A public liturgy will be held once that is possible for Edward and all those who have died during the pandemic. We know he rests in the loving arms of our God.